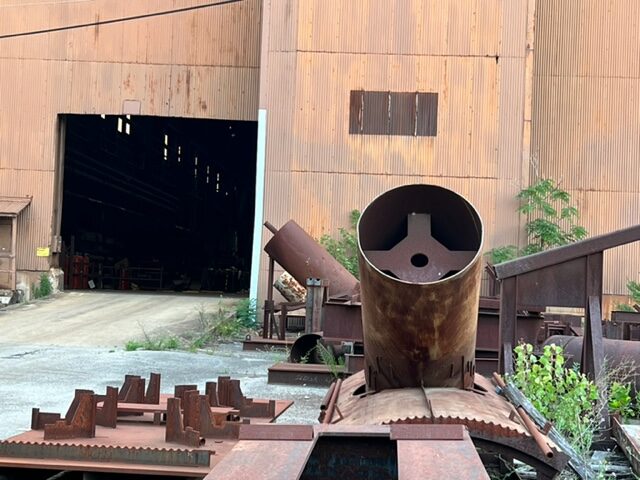 Sept. 19 will mark the 45th anniversary of what some call the birth of the Rust Belt. Others refer to it as the death of America’s working class. Call it what you will, but in Youngstown, it’s simply called Black Monday.

It was on that fateful day in 1977 when 5,000 steelworkers at the Youngstown Sheet and Tube’s Campbell Works suddenly found themselves out of a job. To make matters worse, the announcement was a complete surprise to the employees, their families, and a community that long prided itself on building America from the ground up. It was, in fact, the only thing the region knew how to do.

And that’s what made the announcement all the more deadly.

Youngstown Sheet and Tube officials justified it as necessary, given weak demand for steel and competition from imports. Ashen-faced politicians were left to grapple with how to go on after learning the future of Youngstown had just been nailed shut. Workers reported in for the 7 a.m. shift as usual. By 8 a.m., they learned it was the end of an era that stretched all the way back to 1900.

Once upon a time, the steel mills in Youngstown employed more than 50,000. As the single economic engine of the Mahoning Valley, steel was all it needed to know: The strength of the industry supported everything around it. The work itself was brutal. Steel-cutting machines posed an imminent danger, even to the most experienced workers. Blast furnaces hit 3,000 degrees. The conditions led to workers losing limbs, lungs, and sometimes, their lives. The inside of a steel mill is nothing less than an OSHA nightmare, but, all these years later, what stands out in memory is how proud those men were to say they worked at the Youngstown Sheet and Tube. The gritty nature of the job and those who did it is probably best revealed in the Supreme Court landmark case, Youngstown Sheet and Tube v. Sawyer, when then-President Harry Truman tried to seize control of the steel industry to avert a strike. USA Today-inspired recap: Youngstown steelworkers, 1. President of the United States, zero.

Throughout it all, the area was serviced by one of the most highly regarded daily newspapers in the nation, the Youngstown Vindicator. The area also played an outsized role in the early days of broadcasting when a requirement for the job was the lack of a regional accent.

Founded in 1869 and family-owned for the vast majority of its years, the Youngstown Vindicator did more than cover the news: It represented the strength of character of the community it served. Throughout its years, its coverage proved fearless.

The truth is, it, too, only did what it knew. In its early days, the daily newspaper’s coverage of Ku Klux Klan activity in the area resulted in the KKK holding protests in front of the home of Youngstown Vindicator owner William F. Maag Jr. His response was to grab a gun and head outside to greet the klansmen. Maag didn’t back down, and neither did his newspaper. That spirit stayed the course and became the culture of what was expected from the reporters who worked there.

Over the years, the Youngstown Vindicator’s coverage of corruption earned it a well-deserved spot among America’s greatest newspapers. Some sources claim the Youngstown Vindicator’s work in the 1980s alone led to the criminal convictions of nearly 70 politicians, and mafia, who were sometimes one and the same. (Say what you will about James Traficant, but the sheriff of Mahoning County who went on to hold a seat in the House of Representatives before he was sent to the big house for corruption always made for interesting news.)

In 2019, just after it turned 150 years old, the Youngstown Vindicator published its final edition, with the headline, “The End of Our Story,” leaving one of America’s largest cities without a daily printed newspaper. It followed in the footsteps of Pittsburgh and New Orleans.

Why Online-Only Doesn’t Match Up

News such as this leads to the inevitable discussion of what this means for democracy. Yes, we can argue that online news is the way to go, given the public’s want for immediate news. But we’d be remiss if we overlooked the tendency for online news to lack the character, and the character of conviction, that often defined print newspapers. The trouble is this: Online news can be changed in an instant, so what does it matter if the original facts or premise is wrong? Such is the attitude of the new-age newsroom. In contrast, publishing a story in print leaves no room for error. It also means a newsroom needs a backbone in which to stand by its product. Online news? Not so much.

For 150 years, the Youngstown Vindicator churned out the news that the community relied upon and trusted. It was there during the heyday of the Youngstown Sheet and Tube when the area’s population was north of 140,000. Now what’s left of the population is less than half of that size and the people who still live there are saddled with one of the highest crime rates in the nation along with one of the lowest median income rates. Losing this particular newspaper was the same kind of gut punch to journalism that losing the steel industry was to Youngstown.

Before we fret about the state of democracy, let’s tackle the problem of who’s watching the community. Pretty sure democracy will then be poised to take care of itself.  – Jaci Clement, jaci@fairmediacouncil.org 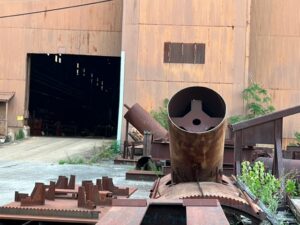 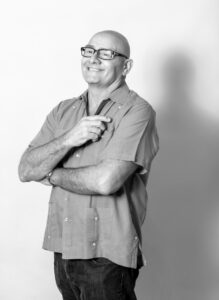 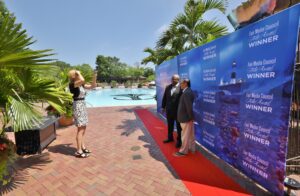 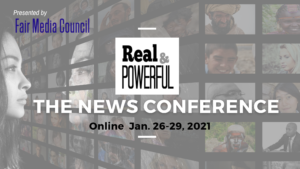 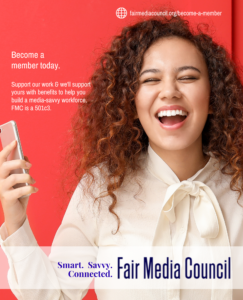